Today was the first time I could (and did) sleep in during the trip. Breakfast was light, and sunscreen was applied, as we prepared for a short shopping trip to a local mall suggested by some of our Indian team members. 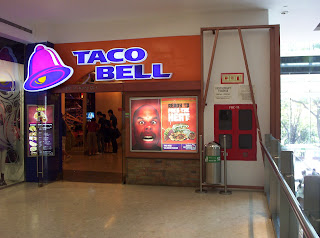 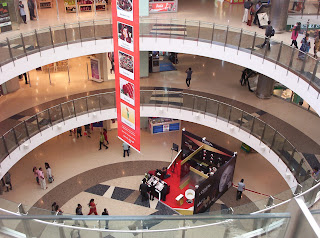 It was surprising to me that that there was so much (what I consider) Americanization to the mall we visited. Before our guides showed up, three of us found the Indian equivalent of a Wal-Mart Supercenter, and picked up a few gifts for folks back home. Most of the other stores in the mall seemed to be clothing or electronics shops, and they had entire areas devoted to children’s play areas. Also saw 3D gaming machines, but didn’t try them out. According to our team members accompanying us, the prices for all the goods were also higher than you could get elsewhere, so we went ahead and left the mall for more reasonable shopping. Along the way, we visited the apartment of one of our Indian team members (as well as the apartment of his parents on the floor below). It was a good time, and we even had our picture taken by his mother.

Then it was time for a trip around “old” Bangalore which was far cleaner than “new” Bangalore. The prices here were extremely better than those in the shops around our hotel, and even more so than the prices over in Mysore last weekend. Ended up picking out some scarves, a petticoat (or skirt), and several bangles (bracelets) all for less than twenty-five bucks. Guess I should have waited on buying that Sari… 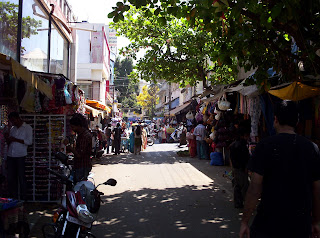 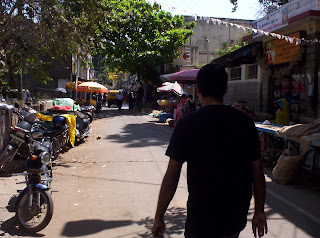 Once our gifts were all purchased, the Indians we were with took us over to a small pub (I assume it’s called 1522, based on the signage and the coasters). Great place, and the Hard Rock could have taken some lessons from these folks. Great service, great atmosphere, and great music at appropriate levels. We truly enjoyed ourselves at this place. 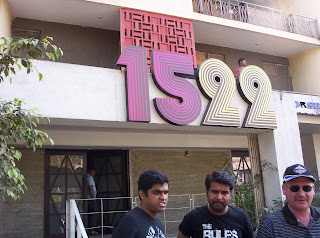 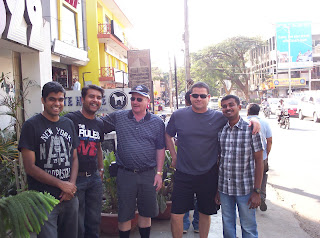 Today, our driver seemed to be eager to take us on some scenic tours, including past what I believe was the state’s high court and other government offices. Then, on the way home, we drove past the Bangalore palace (or as he explained, the “guest palace” for the royal family from the Mysore palace we saw last weekend). Then, for some reason, he tried to stop by some more shopping locations…not sure if he was looking for some kickbacks from the shop owner perhaps?